TaylorMade M3 vs M4 Driver – Which one is better?

TaylorMade tends to unleash a new driver every few months. Each model has something upgraded to the last one. They never stop upgrading their past technology to help golfers advance their game. Today we’re going to focus on the frequently asked topic – M3 VS. M4 drivers.

TaylorMade M3 and M4 feature a unique curved face that the company calls a Twist Face. Both M3 and M4 are quite similar in construction and look with adjustable loft sleeves.

TaylorMade claims to redesign the bulge and roll properties in M3 and M4 to give a straighter distance. Bulge and roll tend to lessen the negative impact an off-center hit has.

If you’re wondering which one is better for you, we’ve come with reviews of both the divers along with everything you need to know.

Difference Between M3 And M4 Driver 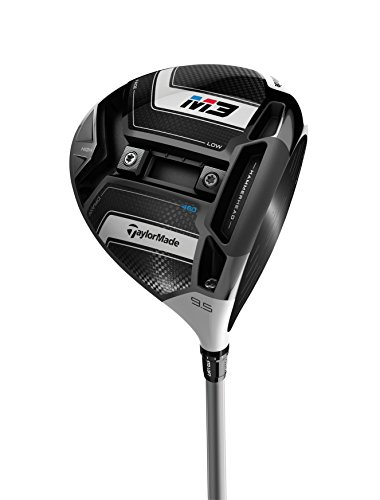 Being the most adjustable driver, TaylorMade M3 grabbed all the headlines after being launched for its breakthrough technology called Twist Face.

TaylorMade has introduced a new concept by twisting the face of the driver, which they call Twist Face, and also by making significant changes in the bulge and roll technology.

This effort was made to minimize off-center hits and allow straighter shots. TaylorMade analyzed the data and what generally golfers do, and they realized that the most common miss-hits were high-toe or low-heel shots.

And also that the roll and bulge properties in the previous drivers weren’t efficiently rectifying the error. Keeping this in mind, Twist Face was born to adjust the ball flight to give you straighter and longer shots.

However, Twist Face isn’t the only upgraded technology for the M3 features. The TaylorMade M3 sports a Hammerhead face slot that protects the ball speed and unwanted spin.

The Hammerhead slot in  M3 is designed to work with Twist Face and Inverted Cone Technology to give you straight and maximum ball speed.

Additionally, TaylorMade has incorporated the new Y track technology that gives more efficient CG adjustability than any other driver. For this, TaylorMade has set 11 grams weight in a continuous Y shape track along the sole.

The composite crown TaylorMade has used the thinnest, lightest yet most robust crown. The M3 features the crown that is made up of 5 layers of carbon fiber. This has been done to control the vibration and sound. 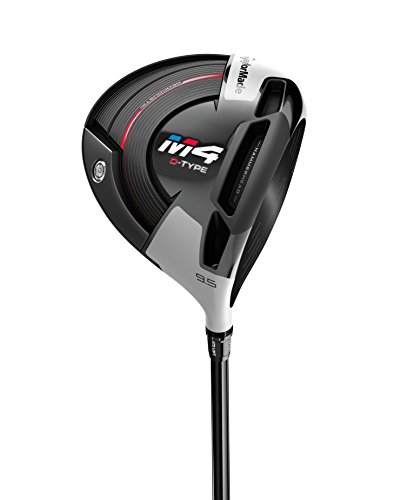 Like the TaylorMade M3 driver, the M4 also features a Hammerhead slot, Twist Face, and an Adjustable Hosel. What differentiates the two models is the more considerable emphasis on unparalleled forgiveness, the M4 puts.

The M4 driver features Geocoustic engineering, which is basically a combination of geometry and acoustical engineering to allow more forgiveness and controlled sound.

This shape allows for a low CG and relatively bigger head size along with a curved sole with high frequency.

The M4 driver sports a new matte silver front and an aerodynamic crown made with five-layer carbon fiber. Like the TaylorMade M3, the crown is the thinnest and lightest creation of TaylorMade.

With this, M4 comes with a redesigned face that is very light and thin. The thickness is reduced to 4.47 mm to 3.6 mm, and the heel perimeter is reduced from 2 mm to 1.92 mm.

Good news for those golfers who struggle a lot with their slice, TaylorMade has created the M4 Driver D-type.

This version puts more weight towards the heel, which causes players to close the face at the impact. The D-type driver draws around 20 more yards as compared to the basic M4 driver.

The Battle TaylorMade M3 vs M4

➽ If we talk about looks, both M3 and M4 are quite similar to previous model M1 and M2 drivers. For that matter, TaylorMade has tried to create a different look by adding a slightly silver/gray hint. The silver touch on the crown instead of white gives a modern look to both the models.

➽ Both the models feature a more metal-like feel. You will get more forgiveness in both M3 and M4, and also TaylorMade has worked on lessening the vibration and sound.

➽ Both the drivers will work well for all the golfers; you can test them to see which one works better for you. For those who are unable to correct their slice, Taylormade has come with an M4 D-type drive with more forgiveness and slice repairing properties.

➽ Due to the carbon fiber, M3 produces an entirely different sound, but with Geocoustic sole in M4, you’ll hear the traditional sound you’re customary to.

➽  Both M3 and M4 feature TaylorMade’s legendary Loft sleeve for the adjustability of the loft.

The golf equipment manufacturers have to face the competition of being on the top and introducing something new in the market. TaylorMade has done enough research and experimentation to change the dynamics of the game.

In the past decade, the company has made quite a reputation with its upgraded technologies.

With a little experiment, you can find what suits you more from the two models. Both of the models have enough new technologies to draw your attention. Due to the Twist Face technology, M3 and M4 drivers have gained a lot of popularity.

If you are a skilled player who prefers more workability, you can go with M3 440 cc. For those who can’t rectify their slice, the M4 D-type driver is more suitable.